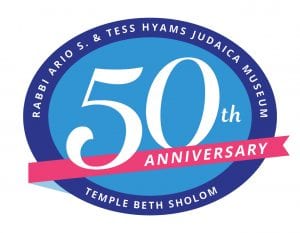 Rabbi Ario S. and Tess Hyams Judaica Museum and the Jewish Art Salon are presenting the following exhibition in honor of the Museum’s 25th Anniversary:

For the past 40 years three artists, Archie Rand, Richard McBee and Joel Silverstein have created paintings of Modern Jewish Narratives.

Their fundamentally different approaches demonstrate the exciting possibilities of postmodern engagement with the breath of Jewish narrative, as well as a defiant liberation from the strictures of the contemporary art world and the freedom to express religious ideas creatively.

In this groundbreaking exhibition, Archie Rand presents a searing exploration of two series: 24 images of The Book of Ezekiel (2019) and 16 images from The Book of Esther (2019); deconstructing the ancient biblical text into deeply personal and cutting-edge commentaries.

Richard McBee’s paintings of Ezekiel, spanning 39 years, ponder the role of the Holocaust, acceptance of Torah and mystical experience in Ezekiel’s visions. Additionally the narratives of Vashti, Esther, Mordechai, Haman and the King are explored as well as a somber mediation on the Binding of Isaac.

Joel Silverstein’s radically eclectic works reassess Tanach, Exodus and Ezekiel through his personal lens of 20th and 21st Century movie, pop and comic book references, including a 10-foot painting; Ten Commandments and a Question (2017), previously exhibited at the Jerusalem Biennale.

Archie Rand is an artist from Brooklyn, New York. His first exhibition was in 1966, at the Tibor de Nagy Gallery in New York. He is currently Presidential Professor of Art at Brooklyn College and was the chair of the Department of Visual Arts at Columbia University. He was made a Laureate of the National Foundation for Jewish Culture, which awarded him the Achievement Medal for Contributions in the Visual Arts. He is a Fellow at the Jewish Art Salon.

Richard McBee is a painter of Biblical subject matter and writer on Jewish Art. From 2000 until 2014 he wrote about the Jewish Arts for the Jewish Press and continues to exhibit paintings, lecture and curate Jewish art exhibitions. He is a founding member of the Jewish Art Salon. His essay “Contemporary Jewish Art: The Challenge” was published in the 2014 Journal of Yeshivat Chovevei Torah.

Joel Silverstein is an artist, critic and teacher. He has exhibited work at the Amstelkirk Gallery, the Van Leer Institute, The Mishkan Le’Omanut Museum, Pratt Hadas Gallery, Rohr Center, Columbia University, the Derfner Museum of Judaica, NY. He has written over 60 published articles and catalogue essays. He is is a founding Member of the Jewish Art Salon and has curated nine Salon exhibitions, including The Dura Europos Project, JOMIX and Jewish Comics: Art & Derivation.